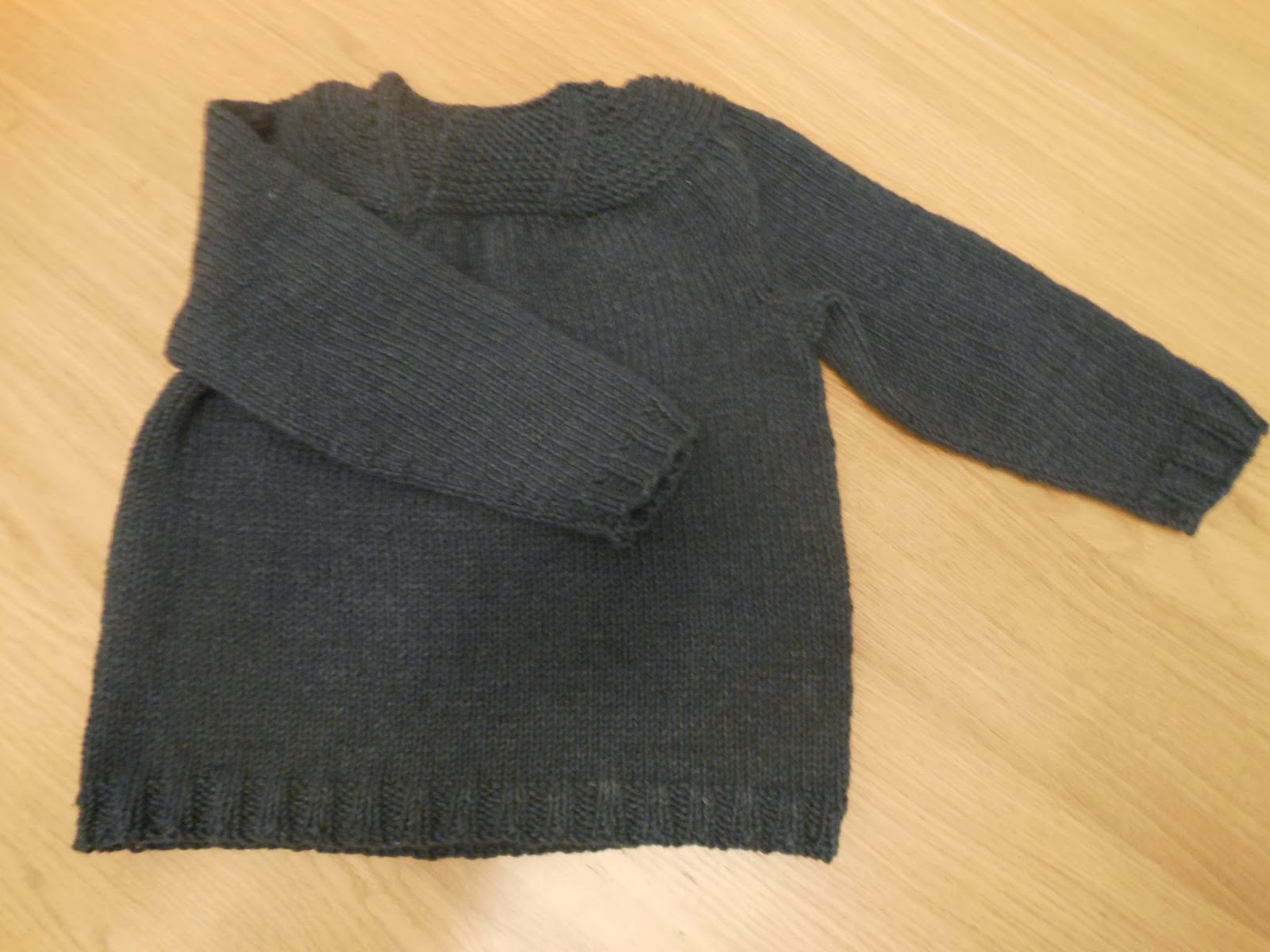 I asked both boys to choose a birthday sweater design they wanted from Ravelry and this is what Littlest man chose - his birthday was back in January and I finished j u s t in time. It's been worn a lot since because it is cosy but simple to wear, no fussy hoods or collars which bother him a lot. He made a great informed choice for a 4 year old! 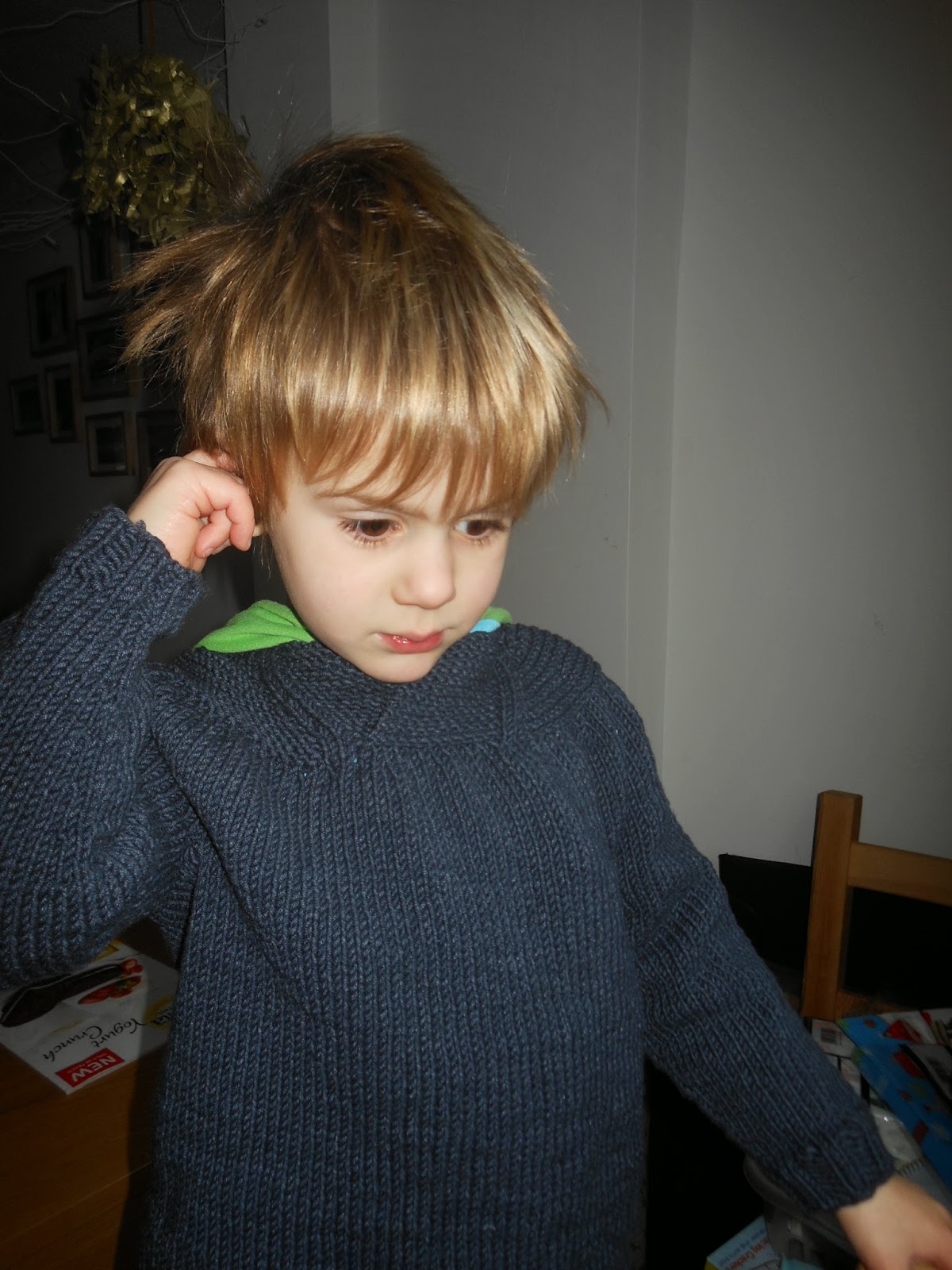 The pattern itself took a fair bit of deciphering and I basically winged it from the yoke up, I also didn't use seed stitch as it really irritates me, I seem to miss a stitch and end up ribbing all the time (clearly focussing on Nashville too closely on the gogglebox!). Yarn is Rowan Denim which has washed a few times since really well and not shrunk as the ballband would suggest.
Pattern Page here
Ravelry Project Page here

I also surprised him with a Tree Fu Tom costume and here he is 'doing the moves to make the magic, Tree Fu Goooooo!' 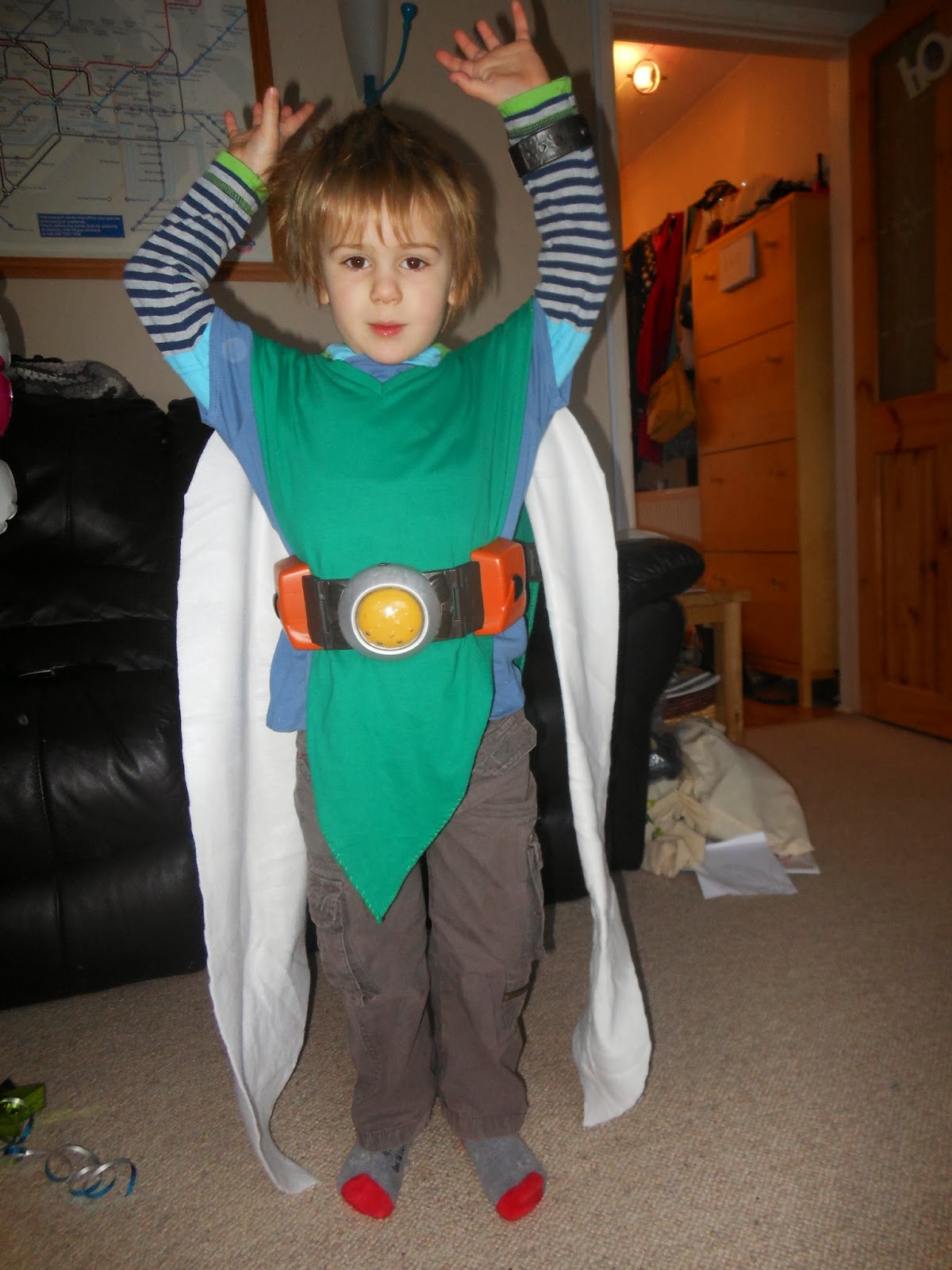 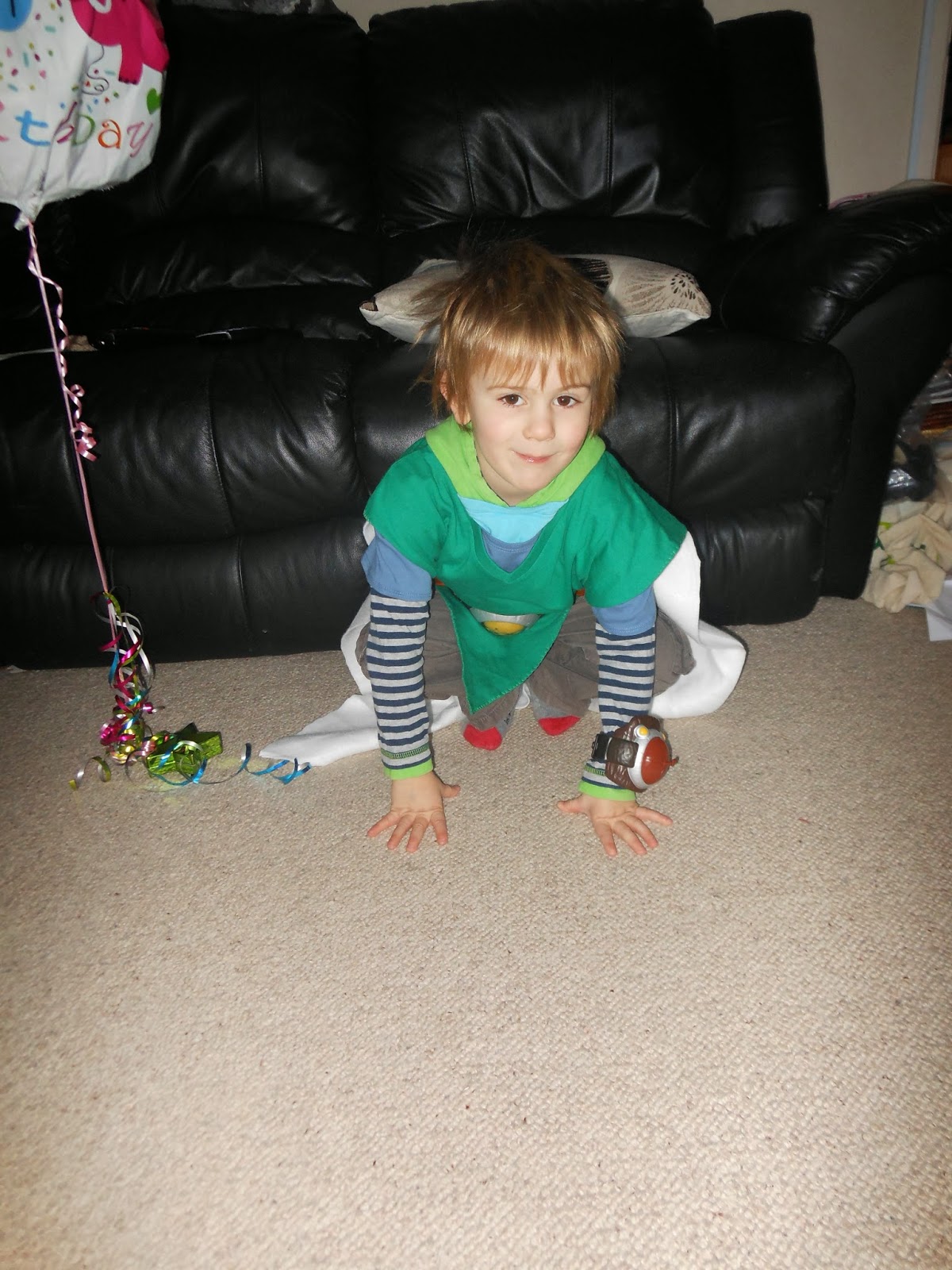 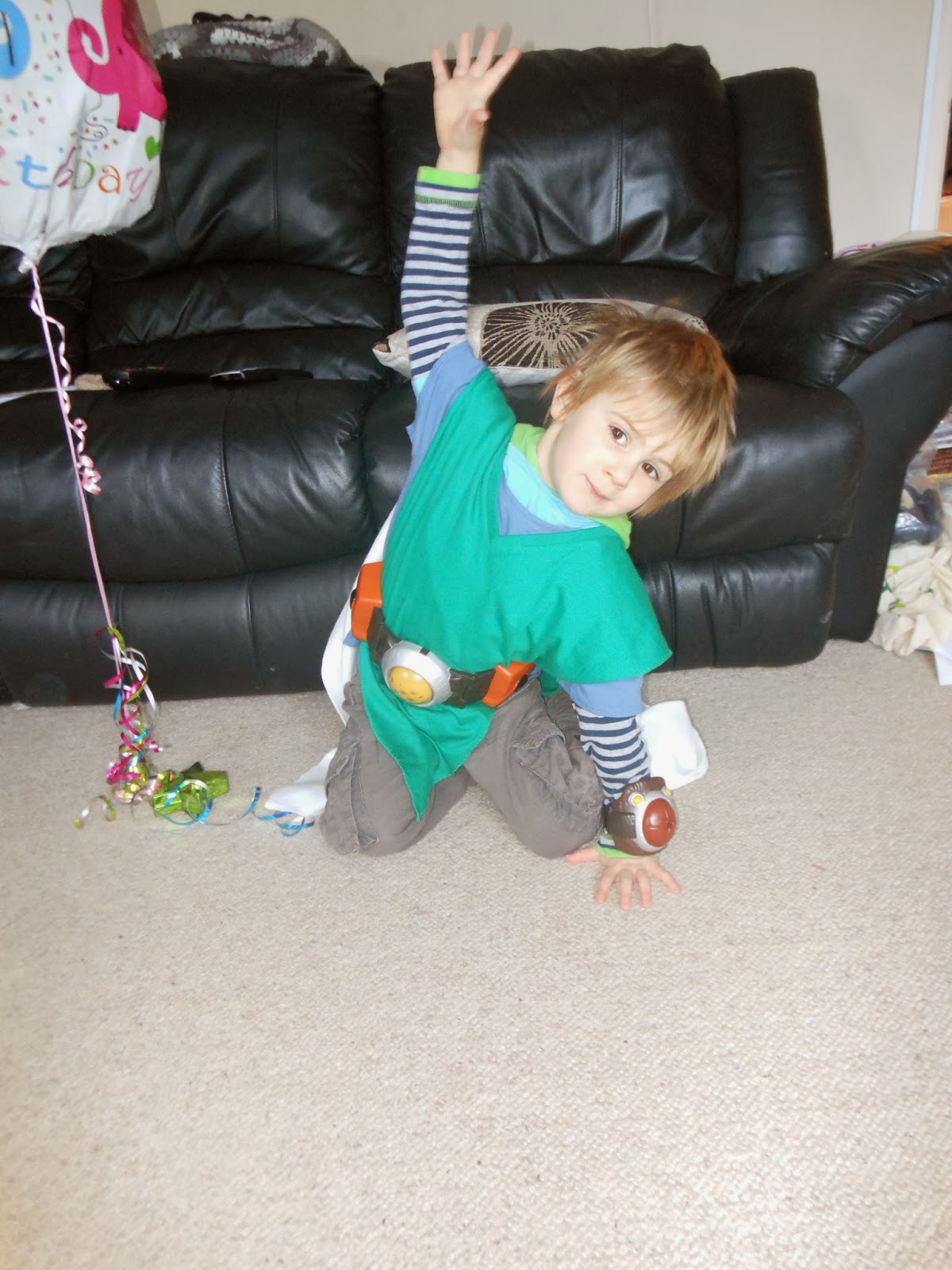 Sewn from a ladies XS Tee, a mans XL tee and a fleece blanket for the wings. He already had the belt and wrist parts of the costume.