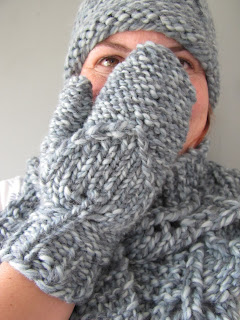 A friend recently decided not to continue on her knitting journey - just one more thing that was leaving her home feeling cluttered and that she felt defeated by. I think we can all understand those feelings (mine come with paper crafting - just not my thing), they can be a dawning realisation that something is a bit unbalanced with life and there is no shame in saying no and getting some of your 'self' back. 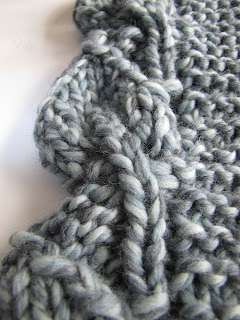 She had started a garter stitch scarf with 4 skeins of Rowan Big Wool, I frogged that as I knew if I was careful I could get the following set from them. My friend has a beautiful young Spaniel and lives fairly rurally where snowy early morning dog walks are normal later in the year, I chose to make a hat, scarf and mitts that should make the experience a little (ok its 100% Merino, a lot) warmer.

Each item took me no more than a day to make, whilst looking after my littlest man who was feeling pretty poorly on the sofa next to me - we hunkered down with films, plenty to drink and knitting for me. 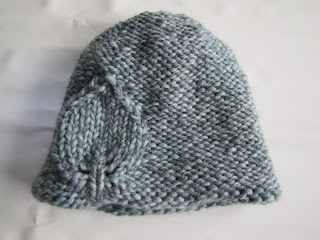 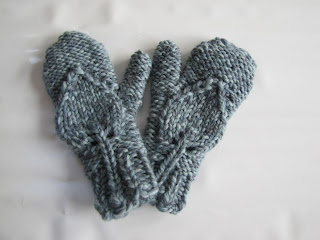 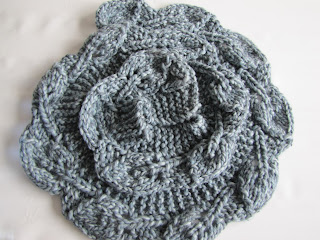 I used Susan's free pattern as the start point for the other two items - a lovely well written pattern and I agreed with other Ravelry users and made it a tad wider instead of longer as I want warmth around the neck and chest rather than bulk by having to wrap it more than 3 times to get the same effect.

Posted by Clobelle at 14:52 No comments: Links to this post