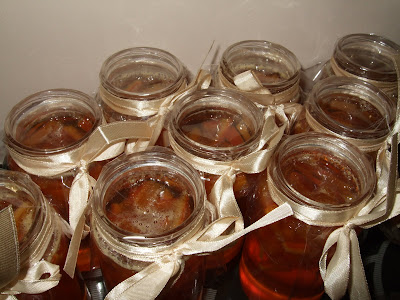 Apologies for the awful and probably very incorrect French but nevertheless- i've extended my culinary skills to include preserving with my first ever attempt at making marmalade (and it worked).

Off to the shops I went armed with a list of required ingredients and equipment (a huge saucepan for one) and upon my return I set out on this new endeavour.

The results were mixed - not knowing what a 'set' would look like I assumed that the mixture not moving on the plate was it, however it stayed pretty runny once poured into the jars and overnight did not improve. The second boiling was much more successful and yielded a deliciously dark sunset orange goo that stayed put on the plate (even when upside down) and set very quickly to the hob top when it overflowed the pan. 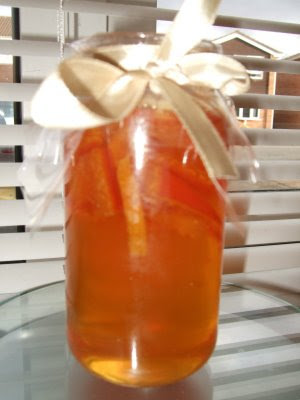 I halved my recipe and it still produced enough for 9 large baby food jars - plenty to share and some to keep too. I think I'll have a go at raspberry jam next time; I can't wait to see what colour the intensely pink fruit will turn.
Posted by Clobelle at 19:01